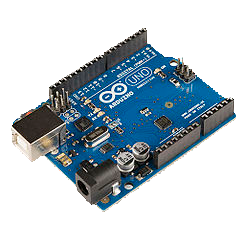 In engineering courses that deal with microcontrollers it comes handy to program the one in the Arduino board -e.g., the ATmega328P– directly (without the Arduino IDE), taking advantage of the bootloader that comes pre-installed in that CPU to upload the programs to the board through the USB port -without a programmer device-, but also writing code that is not polluted with Arduino libraries, interrupts that are stolen for internal affairs, or setup/loop artificial functions.

The following files provide that functionality. They work both in Linux and Windows, and have been tested in Arduino Duemilanove, UNO and Leonardo boards. They require the arduino IDE to be installed in your computer, which is only used (seamlessly) for compiling and uploading.

Thank you for your visit :)